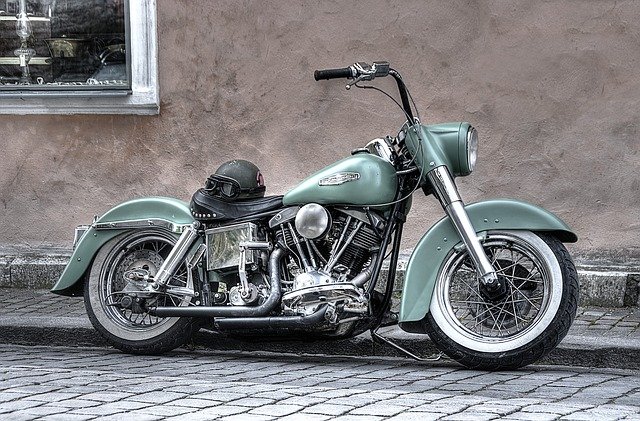 SUFFERING FROM AN INJURY AFTER A MOTORCYCLE ACCIDENT? SEEK A LAWYER IMMEDIATELY

Riding a motorcycle is an alluring adventure that captivates people worldwide with visions of freedom and serenity. The attraction is perhaps no more apparent than in sunny Florida. In 2020, the estimate of registered motorcyclists in Florida was 620,077.

As enticing as motorcycle riding is to many people, riders have limited protection leaving them incredibly vulnerable. Aside from being utterly unshielded by a frame and no airbags, motorcycles, due to their smaller size, are even more at risk of going unnoticed by drivers of other vehicles.

Floridians are well aware of the increasing number of motorcycle accidents and deaths. There were 8,895 motorcycle crashes in Florida in 2019 – 24 a day. A little over half of the fatal crashes were preventable, as 52 percent of the deceased were not wearing a helmet.

The National Highway Traffic Safety Administration estimated that from 2002 to 2017, more than 25,000 deceased motorcyclists could have survived if they had worn a helmet.

NHTSA studied 2019 data on all reported traffic accidents in the county and determined that Florida had the highest percentage of motorcycle deaths. Of the 5,014 motorcycle riders who died in the United States in 2019, 11 percent, 559 of them died in Florida.

According to the National Occupant Protection Use Survey, the use of Department of Transportation compliant helmets by motorcycle drivers and passengers dropped from 69 percent in 2020 to 64.9 percent in 2021.

The State of Florida has a helmet requirement law, but all riders 21 years and older with $10,000 in medical insurance benefits do not legally have to wear a helmet.

Most accidents involving a motorcycle occur due to the other driver’s negligence. Drivers tend to feel highly protected in their vehicles and, as a result, will sometimes give in to the comfort level by not paying enough attention to their surroundings or texting. Other times, drivers speed and drive recklessly or drink and drive without regard for other motorists.

A single crash can have multiple ramifications, including severe injuries that require extensive treatments and loss of life — a life taken away from friends and loved ones for eternity.

Ways a Motorcyclist Can Protect Themself

Motorcyclists must pay more attention to every move they make than most other vehicle operators. They don’t have the advantages of a frame around them as they cruise down the road, with airbags to pop out after a collision. Protective gear can save lives; unfortunately, many riders do not adequately protect themselves.

If determined to continue or start riding, wear reflective gear, boots, padded jacket and pants, and a Department of Transportation compliant helmet. Always remain aware of other vehicles and surrounding elements, and never operate a motorcycle if intoxicated or under the influence.

What Drivers Can Do to Improve Motorcycle Safety

From the semi-trailer truck to the compact driver, every motorist must realize they share the road with all vehicles, both big and small. Steps to ensure motorcyclists’ safety include giving them plenty of space when driving behind them or merging into their lane. Also, check blind spots before switching lanes.

Law Passed to Stop Bad Apples From Disrespecting the Streets

Motorcycles are dangerous enough without pushing the limits. Most motorcyclists learn to respect the streets early because an accident can occur in the blink of an eye. However, in recent years, there has been an uptick in street racing and stunt driving.

Florida has joined a nationwide trend in passing laws targeting street racing and stunt driving. The law enables police departments to fine individuals caught on camera racing and performing street stunts. The measure is HB 399; it goes into effect on Oct. 1, 2022.

“This happens almost every night. We have ATVs, licensed (and) unlicensed, doing wheelies, creating incredible traffic situations. We have some incredibly daring young men and women who actually operate a motorcycle on the roadway without a front wheel.” Rizzo also played a video from September 2021 of a Miami Gardens racing event. Five people were injured, and two were killed during the event. One of the deceased was a 42-year-old mother of four.

According to NHTSA, most motorcycle crashes result in leg and pelvic injuries with bone fractures, followed by upper-extremity and head injuries. While not as common as leg injuries, the severity of the damage tends to be much worse in regions like the thorax, abdominal, chest, spinal cord, neck, face, and head (e.g., traumatic brain injuries).

Regardless of the location of the injury, the damage can be severe enough to become life-threatening in the moments following the accident. The severity of the injuries can lead to prolonged hospital stays, physical therapy, and mounting medical bills.

Often insurance coverage can become exhausted, or the insurance claim can be denied. Depending on the severity of the damage, some injuries can last forever. Someone injured in a motorcycle accident, who is not at fault, must hold the negligent driver accountable and contact legal representation.

Don’t wait to hire a lawyer; it’s critical to collect evidence from the scene of the accident, speak to witnesses, and assess vehicle damages immediately. The experienced legal team of MattLaw has been assisting victims of motorcycle accidents for years. MattLaw’s fee is a contingency fee, and there is no upfront cost to hire the firm, and the firm only gets paid once a recovery is made.

For more information about what to do following a crash, download MattLaw’s free motorcycle accident guide written by Matt Powell. If you or a loved one has been injured in a motorcycle accident, call MattLaw at (813) 222-2222 today.